‘Slavery by any name is wrong’: the push to end forced labor in prisons

‘Slavery by any name is wrong’: the push to end forced labor in prisons

When prison reformer Johnny Perez was incarcerated he made sheets, underwear and pillowcases working for Corcraft, a manufacturing division of New York State Correctional Services that uses prisoners to manufacture products for state and local agencies. His pay ranged between 17 cents and 36 cents an hour.

“We have a system that forces people to work and not only forces them to work but does not give them an adequate living wage,” said Perez. “Slavery by any name is wrong. Slavery in any shape or form is wrong.”

Perez is now part of a nationwide movement that hopes to reform what some have called the “slavery loophole” that allows incarcerated people to be paid tiny sums for jobs that – if they refuse to do them – can have dire consequences.

The 13th amendment of the US constitution, ratified in 1865, abolished slavery and involuntary servitude. But it contained an exception for “a punishment for crime whereof the party shall have been duly convicted”.

This exception clause has been used to exploit prisoners in the US as workers, paying them nothing to a few dollars a day to perform jobs ranging from prison services to manufacturing or working for private employers where the majority of their pay is deducted for room and board and other expenses by the jurisdictions where they are incarcerated.

A report published by the American Civil Liberties Union in June 2022 found about 800,000 prisoners out of the 1.2 million in state and federal prisons are forced to work, generating a conservative estimate of $11bn annually in goods and services while average wages range from 13 cents to 52 cents per hour. Five states – Alabama, Arkansas, Georgia, Mississippi and Texas – force prisoners to work without pay. The report concluded that the labor conditions of US prisoners violate fundamental human rights to life and dignity.

A campaign to amend the constitution at the federal level and end the exception of the 13th amendment is being promoted by the US representative Nikema Williams and the senator Jeff Merkley. The bill has 175 co-sponsors in the House, 170 Democrats and 5 Republicans, and 14 co-sponsors in the US Senate, but has yet to leave committee for a floor vote in either the House or Senate.

In the meantime the #EndTheException coalition, consisting of more than 80 national organizations, including criminal justice reform, civil rights and labor groups, is leading efforts to pass the abolition amendment at the federal level and there are several local organizers fighting to pass ballot initiatives at the state level.

In November voters will decide on whether to remove exception clauses from their state constitutions in Alabama, Louisiana, Oregon, Tennessee and Vermont. An abolition amendment passed in the California assembly, but failed to receive a Senate vote this year so that it could be on the ballot for voters this November.

“The reality is that it is 2022 and in the United States, slavery is still legal,” said Bianca Tylek, founder and executive director of the non-profit Worth Rises. “These five states would join Colorado, Utah and Nebraska, states that have already ended the exception of their state’s constitutions. And so that would be exciting, that would bring that number to eight, with five out the eight being red states and I think that bodes well for where the campaign can go at the federal level.”

It is time for change, said Johnny Perez. He emphasized that in prison, individuals aren’t provided adequate basic necessities such as food, toiletries, clothing and office supplies, and that the measly wages paid by these jobs don’t cover these extra expenses.

Refusing a work assignment can also have adverse consequences, he said, ranging from being placed in solitary confinement to having any work issues placed on your record which affects parole and status within a prison that determines what privileges you receive. Workers in prison do not get any paid time off and are often forced to work even when sick unless an infirmary affirms they are not able to work.

Despite having five years’ full-time experience manufacturing textiles while in prison, that experience isn’t included on Perez’s résumé; incarcerated people, rather than have educational programs available to better support them upon release, are forced to do arduous manual labor jobs and often aren’t able to find work in the same industry when they are released.

“It’s still continuing to happen and it disproportionately impacts Black, brown and Indigenous people in this country,” said Perez. “So long as the exception clause exists, we will always have an underclass in this society that is going to be the dumping ground for our problems and our shortcomings.”

This month the #EndTheException coalition launched the Except For Me digital campaign to raise awareness of the issues, ending with the delivery of a petition to Congress in support of the abolition amendment and an art installation in Philadelphia, Pennsylvania.

“This exception is about people and it’s about people for whom the 13th amendment doesn’t apply,” added Tylek. “We really want people to see those people and see the people that society has successfully otherwise hidden away.”

Among those featured in the campaign is Britt White, who worked at a Burger King franchise in Alabama while in community status until 2014; about 60% of her wages were taken by the state of Alabama to cover fees, room and board or restitution.

“Prison itself is expensive,” said White. “I can only speak for the state of Alabama where I was incarcerated, so providing hygiene, trying to supplement the lack of nourishment is very expensive, and my family had their own bills and financial responsibilities they had to take care of. I still had more support than most people did and it was still very difficult to survive in prison because everything has a cost associated with it.”

White explained there were medical fees associated with received medical care and sometimes the food provided was not fit for human consumption.

“I just can’t emphasize enough the lack of agency that you have,” added White. “If we are going to allow people who are incarcerated to work jobs, we need to pay them a livable wage and we need to center their dignity. We don’t need to place them in positions where there are hostile environments where they can be retaliated against and lose their agency.”

Her experience in the Alabama department of corrections drove her to work as an organizer in criminal justice reform to address the corruption and despair she witnessed and experienced in the prison system.

“We cannot condemn people, and then say that you deserve to be put away or you can’t come back to society, you’re not trustworthy enough to live in the community with other people, but you are still good enough for us to make a profit. That is unforgivable,” White said. “And that is the part that is still very reminiscent of slavery that my ancestors went through is that they were not good enough to be viewed as 100% as human beings, but they weren’t substantial enough to make a profit off of. That is the exception that has to be ended in our communities.” 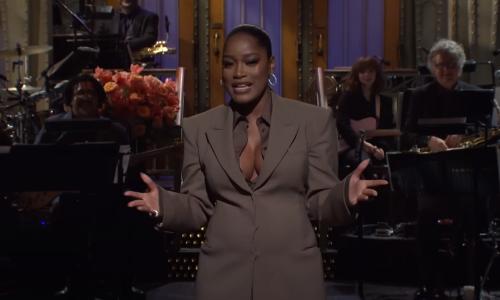 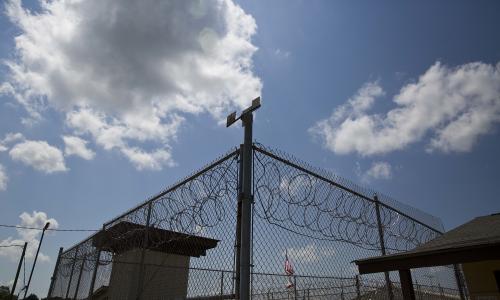 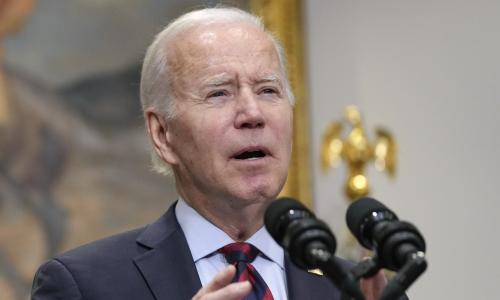 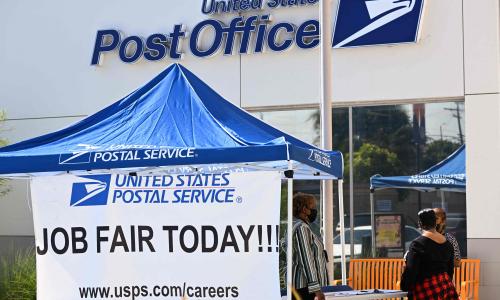 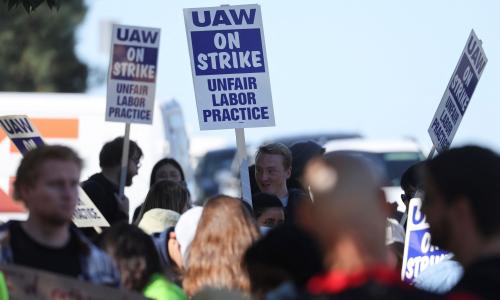 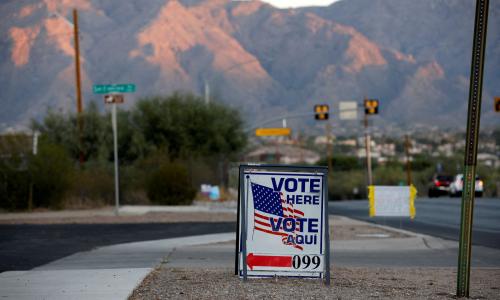 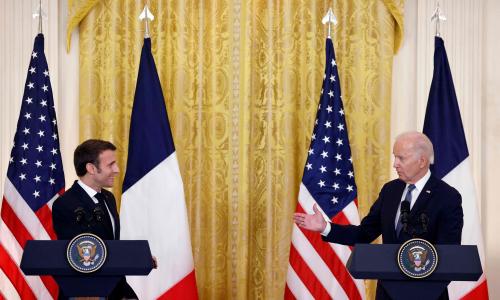 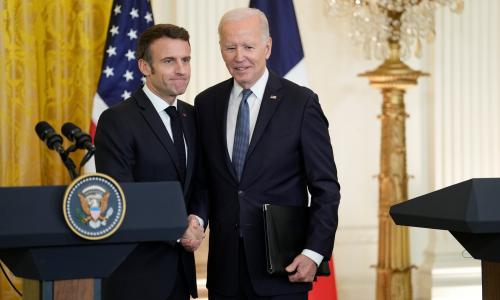 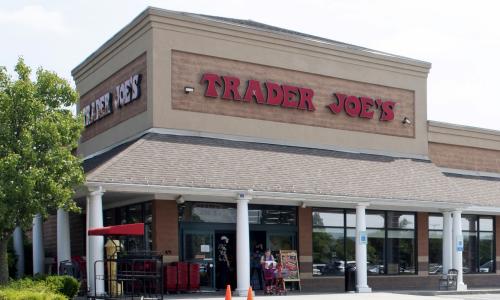 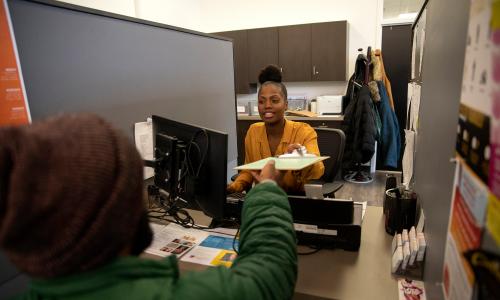