On Monday, the United States supreme court overturned decades of precedent governing the separation of church and state, and achieved one of the most long-standing goals of the Christian right: the return of official Christian prayer to public schools.

Kennedy v Bremerton School District had a strange path to the supreme court. Initially filed in 2015, the case concerns Joseph Kennedy, formerly a public high school football coach from a Seattle suburb, who sued the community that used to employ him for religious discrimination after the school objected to his habit of making public, ostentatious Christian prayers on the 50 yard line at football games, surrounded by young athletes. Kennedy has lost at the district and circuit levels; he moved to Florida in 2019, which technically should have rendered his case moot. But the supreme court agreed to hear his case anyway. This week, they ruled in his favor, 6-3.

The facts of what happened with Coach Kennedy at the school district are contested, but only because Kennedy himself keeps revising them. In allowing Coach Kennedy to pray publicly at school, while conducting his official duties as a public official, Justice Neil Gorsuch, writing for the majority, characterized the prayers this way: “Mr. Kennedy prayed during a period when school employees were free to speak with a friend, call for a reservation at a restaurant, check email, or attend to other personal matters. He offered his prayers quietly while his students were otherwise occupied.”

Sam Alito, in his concurrence, claimed that Kennedy “acted in a purely private capacity.” That’s Kennedy’s version of events. But evidence suggests things looked different. In her dissent, Justice Sonya Sotomayor cast doubt on the idea that the coach offered his prayers “quietly, while his students were otherwise occupied.” She included a photograph of Coach Kennedy at one of his game night prayers. In the picture, he stands surrounded by a dense group of dozens of high school football players, uniformed and kneeling at his feet. Kennedy is speaking with a football helmet in his hand, stretched high above his head in what looks like a gesture of command. Spectators can be seen in the background, looking on from the stands. Quiet and private this was not.

The court held that the school was required to allow this: that in attempting to maintain separation of church and state – as is required by the first amendment’s establishment clause – they were actually infringing on Coach Kennedy’s free exercise rights. Thus, the court allowed the free exercise clause to effectively moot the establishment clause, denying Americans like Coach Kennedy’s students the freedom from religion that the church-state divide had previously granted them. It should not escape us that in issuing this ruling, and overturning a decades-old test for establishing the efficacy of church-state separation measures, the court relied on a version of the facts that is blatantly, demonstrably false.

All of this could have been avoided, because in fact, over the course of Kennedy’s employment, the school district took pains to balance the coach’s desire for prayer with their own obligations to remain religiously neutral. Starting from when he began coaching in 2008, Kennedy, an evangelical Christian, initially prayed to himself at games, a practice that nobody had a problem with. He says that he got the initial idea from a movie, the low-budget 2006 Christian football drama “Facing the Giants,” which he saw on TV. The film features a fictional coach who prays with his high school football team. But at some point, Kennedy’s praying became louder, and more public. He would stand on the 50-yardline just after the final whistle, and pray out loud. Teen athletes, both from his team and from the opposing side, would kneel with him in a large scrum; Kennedy mixed his prayers with pep talks. Kennedy says that the visible center of the field was an important location for him. “It made sense to do it on the field of battle,” he told the reporter Adam Liptak.

It is these public prayers, conducted while Kennedy was acting in his official capacity as the coach, that became an issue. The school tried to accommodate Kennedy, offering him ways to exercise his faith that did not involve students, and did not risk giving the impression that his religion was endorsed by the public school. Kennedy refused, and lawyered up. He eventually left the school – voluntarily – and began to claim that the district’s policies amounted to both religious discrimination and a violation of his free speech rights.

Kennedy and the First Liberty Institute, the conservative legal group that is funding his lawsuit, have tried to cast him as a first amendment hero. Before his departure from Bremerton, Kennedy spent months working with his media-savvy legal team to draw attention to his own prayers. The football games became a chaotic mess of culture-war politicking, with reporters, politicians, and evangelical Christians flocking to the field to witness Kennedy’s displays and join him in prayer. Parents complained about the shambolic “stampedes” of Kennedy’s fans, who would run, phones outstretched through the stands to join his prayer circles at the end of the games, sometimes knocking people down. Players were made uncomfortable, with one telling his father that he feared that if he didn’t pray, he “wouldn’t get to play as much.” Other coaches weren’t thrilled, either. In effect, the school-district-sponsored football games became more about Kennedy’s religious practice than about the football itself.

As it has done with increasing frequency over this term, the court threw out a long-held precedent in order to secure a conservative outcome in Kennedy’s case: Lemon v Kurtzman, the 1971 case that established a three-part test for Establishment Clause compliance. The new right-wing court, it seems, isn’t interested in Establishment Clause compliance at all. By ruling in Kennedy’s favor, they have opened the door for any Christian public official to claim that they are being discriminated against if any limits are placed on their religious expression during the conduct of their jobs, and imperiling any public bodies that try to maintain a separation between their employee’s private religious actions and their own public official ones. And they have made American public schools vulnerable to the religious proclivities of their teachers and administrators, which can now be wielded in ways that coerce the participation of students.

The supreme court seems poised to allow this. Why? Because its conservative supermajority has adopted a radically expansionist view of the first amendment’s free exercise clause, interpreting the constitution’s guarantee of freedom of religion in a way that in fact tramples on the freedoms of others. An emergent trend in conservative thought – backed by a growing body of case law emerging from the Republican-controlled federal bench – has begun framing what were once considered standard features of the separation of church and state as oppressive discrimination against Christians.

It’s an absurd argument, one that would not hold water before this court if it were brought by a non-Christian. But Kennedy got a sympathetic ear, and a maximalist ruling. “That’s protected speech,” Amy Coney Barrett declared bluntly of Kennedy’s prayer circles at oral arguments. For Christians, at least, the supreme court has redefined religious liberty – as religious privilege. 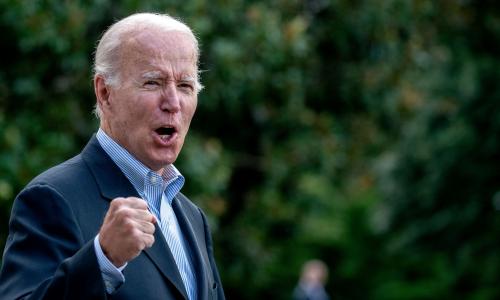 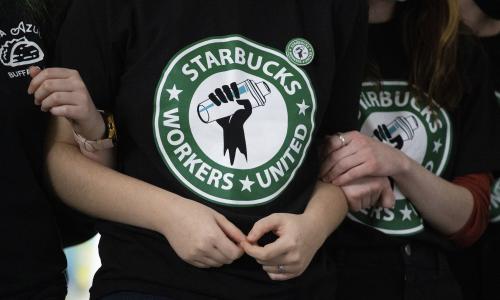 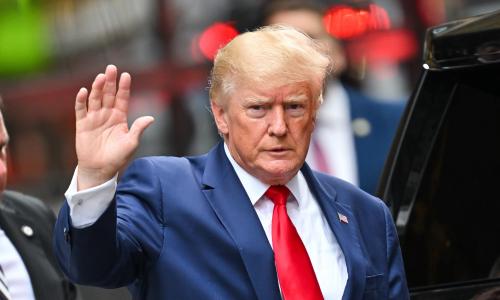 Trump says he invoked fifth amendment in New York attorney general’s investigation: ‘I declined to answer’ – as it happened 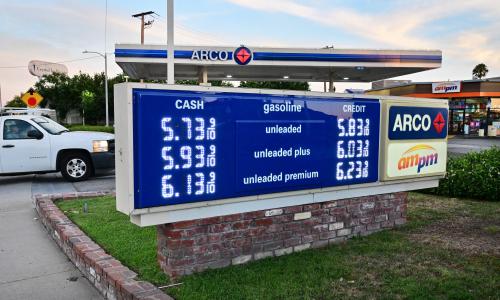 US inflation falls to 8.5% in July but still close to multi-decade high 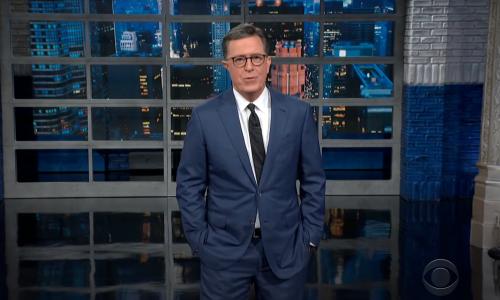 Stephen Colbert: ‘Our children may not be doomed to a fiery hellscape’ 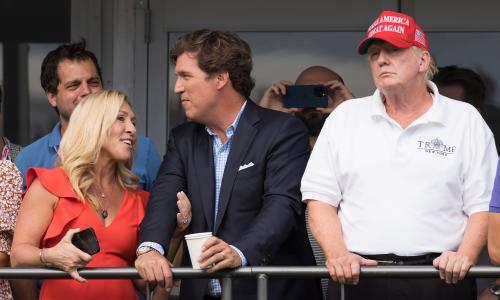 Has the love affair between Trump and Fox News gone sour? 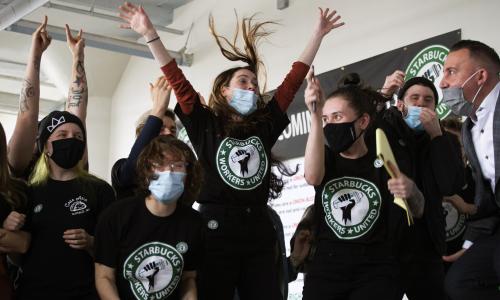 If Democrats want votes, they should rain fury on union-busting corporations | Hamilton Nolan 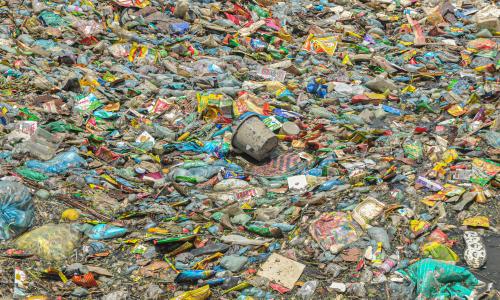 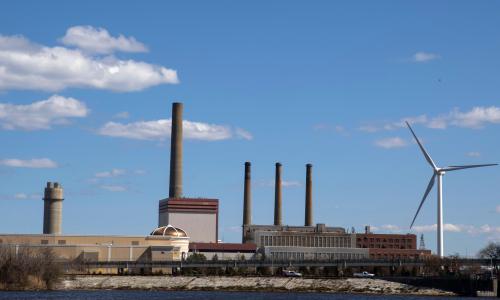